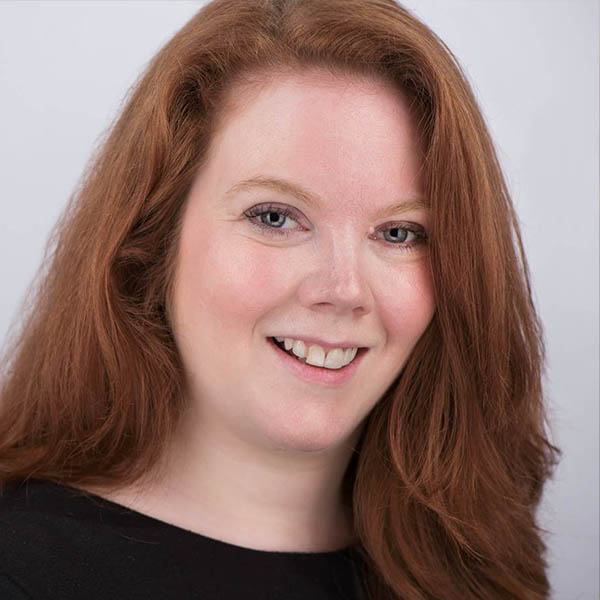 “The most limiting thing you can do is to wait for everything to be completely lined up before you act. Stop focusing on perfect.”

Harriet Minter is a journalist, writer and speaker. Currently, she is the editor of the UK Guardian’s Women in Leadership section. She writes extensively on a variety of issues relating to women and the workplace and has interviewed a range of leading women from MPs to entrepreneurs and celebrities. Prior to her current role she worked as a commissioning editor for a range of sections on the Guardian and also ran the engagement and social media strategy for the Guardian’s Professional Networks. She started her journalistic career at RollOnFriday.com, the leading community site for lawyers. She is a regular speaker on women’s rights, organizational change, the future of work and just getting stuff done. Outside of work her passions include high heels and big boats – although not together.

How do you define leadership and how would a woman leader be operating if she were to be considered influential and effective?

For me leadership is about vision coupled with authenticity. I don’t believe you can be a leader unless you’re being true to yourself. Effective female leaders look very much like effective male leaders; they have a clear plan, they can see the long term as well as the short term results and they gain the respect and trust of their colleagues.

It’s the norm to find women being advocates for women’s leadership but for you what was the special mission for working in this area?

I think up until the age of about 28 I didn’t think women had a problem. I assumed that if you were good at your job and you worked hard you got ahead. But then I started to question why, if this was the case, were all the people at the top men? The most productive, creative and brilliant people I worked with were mainly female, so why weren’t they getting the same promotions and respect that the men were? Obviously I care about this because I’m a woman but also because I think it’s ridiculous that we still work in a culture that was designed about 300 years ago, everything else has moved on but we still see leadership & work as being the area that men thrive in and women push through. That seems totally illogical to me and I’m always compelled to try and fix things which are illogical.

Heading up the ‘’Women in leadership’’ section in a respected news outlet like the Guardian is a great opportunity. How do you determine what’ll be useful content for your readers?

I’d like to say that we absolutely know what will work and what won’t but the reality is that a lot of it is trial and error. I spend a lot of time talking to the sort of women that read the section and finding out the issues that they care about and worry about, and we try to reflect that in the content. Sometimes that works and sometimes we might have to accept that while the editorial team love a story, it’s just not resonating with our readers. We also try and reflect what’s going on in the news, as well as providing advice and help to the audience. If we can do all that in a week then I’m pleased.

Of the many issues women deal with what’s closest to your heart and why? How do you address them?

The Guardian’s Women in Leadership section really focuses on women and work and within that the issue that I care most about is how we define success. I think we have a totally warped view of what success looks like that leads to a lot of women feeling excluded from the workplace or as if they don’t quite fit. Why on earth do we think that somebody who works 80 hours a week and has no friends or interests outside of the office is successful? How can we expect them to bring new or innovative thinking to their work if they never leave it? I really believe that the most successful companies in the coming years will be the ones that understand that well-rounded employees are the most motivated and engaged, and that they need to encourage a life outside of the office.

Personally the issue affecting women which I’m most concerned about revolves around body image and women’s relationships with their physical selves. It’s a messy, messed up subject and it horrifies me that each generation seems to grow up with a more distant relationship to their body. How we solve that, though, I haven’t yet worked out.

Being an advocate places pressure/responsibility on you to live what you ‘’preach’’. How has your own leadership evolved?

I am definitely not perfect and I get it wrong all the time. I think the biggest thing I’ve learned is to accept that failure in myself and in other people. I spend my life reading about unconscious bias, gender diversity and women’s issues but I still find myself sometimes making biased assumptions or assuming that everyone else will think the way that I do. If I have all that information and still make those mistakes then I have to understand that other people, who aren’t as immersed in the subject as I am, are definitely going to get things wrong. I would hope I’ve become more tolerant as a leader, although I’m still pretty impatient generally.

What would you say is the new or deeper understanding you have about why women’s path to leadership and influence is still fraught with obstacles?

The biggest learning I’ve had in the last few years is that there isn’t a silver bullet. I joke that when I started Women in Leadership I wanted to have the whole gender diversity problem sorted within six months but there’s a bit of truth in that. I thought all we had to do was find the answer to the problem and it would be fixed. The reality is that a) there are several different answers and one size doesn’t fit all and b) we’re struggling against 1000s of years of behaviour, changing that is going to take time. Somebody told me the other day that things are changing but they’re not changing fast enough for women and it’s too fast for men. I think there’s a lot of truth in that. So the thing I’m learning currently is patience. It’s hard though.

Earlier this year, you gave a lecture at University of Liverpool on Women in leadership and the lessons you’ve learnt from them. What do you think young women should be thinking and doing to become effective young leaders?

First up, if you have an idea, just do it. I call this “proceed until apprehended” and actually it applies to all corners of your life. Don’t wait until you’ve got everything in order, or until everything is perfect, otherwise you’ll be waiting forever. Just get on with it and see what happens. The other big lesson I have is to say “yes” to stuff. We often tell women that they need to be better at saying “no” and that’s true but I think we also forget that a lot of life comes from being in the right place at the right time. If you’re not taking chances, doing things that are out of your comfort zone or don’t fit exactly with the plan, then you’re never going to be in the lucky spot. You’ve got to do stuff that seems insane at the time, it’s where the magic happens.

Based on all that your work and interaction with women leaders, how are women who are succeeding going outside their box of their limitations?

All the most successful women that I meet have two things in common. The first is that they have interests and lives outside of their work. They are all dedicated, hard-working people but they do other stuff too. That might be family and friends, it might be kite-surfing. Whatever it is, they find other ways to learn and grow beyond their work. The second thing they have in common is focus. And by that I don’t mean that they are all completely goal focused, more that they stay in the moment. So when they’re at work they’re not worrying about what is happening at home and vice versa. They carve out and manage their time and they don’t let guilt get in the way of that. They accept that sometimes they won’t be the perfect employee, mother, girlfriend but they’re happy that they’ve done their best. I think being able to achieve that is really the key to success.

You urged women to ‘’proceed until apprehended’’ in your TEDX talk which is basically saying women shouldn’t wait for permission or direction. How and where should women be more resolute?

Everywhere! Got an idea at work but no-one is listening to you? Find a way to do it on a small scale and trial it. Really want to go on that beach holiday but want to drop a dress size first? Forget it. Buy a good bikini and just go, otherwise you could be waiting around forever. The most limiting thing you can do is to wait for everything to be completely lined up before you act, life just doesn’t work that way. It’s messy and complicated and there will always be more that you can do, so let it go. Stop focusing on perfect and instead focus on happy. That’s much more important.

Which ‘’difficult’’ doors have you opened for yourself that you are really proud of and how do you continue to create opportunity for yourself?

It’s really hard for me to answer the “what are you proud of” question because I always feel like there’s more I could be doing but I think if you’d have told me five years ago that I’d be editing a women-focused section on the Guardian I wouldn’t have believed you, so I’m incredibly proud of that. Whenever I get a Tweet or an email from someone saying they like an article or that it’s inspired them or helped them I feel like I have the greatest job in the world. There have definitely been some difficulties and trials in the role but I’ve found that actually most people out there are pretty amazing when you ask for help. That’s probably the best advice I could give: ask for help. I used to think asking for help meant admitting you didn’t know the answer but actually, it’s admitting that you don’t have all the resources but someone else might. And those who ask, get.