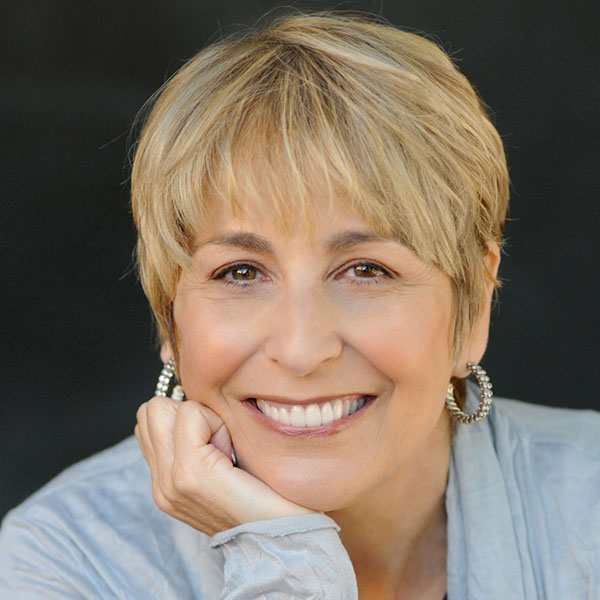 “Another woman’s success does not diminish our own. If we build on the successes of others, we all get lifted up”

Peggy Klaus is author and provider of customized, cutting edge leadership and communication programmes on a multitude of “soft skill” topics such as executive presence, branding, self-promotion, political savvy and networking. Her client list includes JP Morgan Chase, MasterCard, Deloitte, General Mills and Goldman Sachs. To inspire tomorrow’s leaders, Peggy has taken her message from the boardroom to the classroom, lecturing students and faculty at universities across the USA including Harvard University.  Looking to influence even younger leaders, Peggy founded Brag! Connections in 2004, that pairs teenage girls with professional women to learn and practice self-promotion and networking skills. In addition, Her Soft Skills Curriculum, ‘’Soft Skills 101: Lessons for Teens on Getting Ahead at School, at Work, and in Life’’ based on her book, ‘’The Hard Truth About Soft Skills’’ is currently offered in schools.

Your book ‘Brag’ took on a big life of its own. What was the most surprising impact the book has that you could never have foreseen?

I have had a lot of people tell me that I have created a cottage industry around bragging, which has been a complete surprise to me. You see when the book was first published in 2003, the US was coming out of the dot-com bust –the economy was recovering- and because jobs were more plentiful people didn’t see the value in learning how to self-promote. The media felt similarly, but they also latched onto the negative perception of the word brag and gave it and me quite a bit of attention.  Then came the recession of 2008 with double-digit unemployment, and the media did an about-face, recognizing the importance of bragging as an essential skill for all employees, those with and without jobs.

‘’Tooting your own horn’’ was the key message in ‘’Brag’’ Why do you think people equate this with being boastful and how can one brag ‘’tastefully?’’

Bragging (the good way) is about being able to share your successes in an artful and graceful manner. Unfortunately, we have internalized the many societal, familial and religious “myths” that tell us it’s bad to talk about ourselves.  In addition, there are some really bad braggers out there- people who talk only about themselves, lie, take credit for things they didn’t do -to name just a few.  Subsequently, many people think only of two extremes when they consider self self-promoting:  you’re either an obnoxious braggart or humbly ineffectual. The truth lies somewhere in the middle, and it involves talking about yourself (and your team) in appropriate situations with short, pithy, entertaining “bragologues!”

Your second book – ‘’The Hard truth about soft skills’’ built on ‘’Brag’’ Which soft skills would you say are the most underrated and what’s the most effective way to develop those?

Yes, it built on ‘’Brag’’ but with a broader repertoire of soft skills that include political savvy, self-awareness and self-management, executive presence, giving and receiving critical feedback, branding and bragging, and ‘’chameleon’’ communication. I’m really pleased that not only career employees are finding this book helpful but that many millennials and Generation Xers use it to as well.

Your article a few years ago about ‘’Women undermining each other at work drew huge support. Why was it important for you to speak about that particular issue and what would you say are some of the unspoken issues that need to be addressed about women’s advancement?

I knew it was “an elephant in the room” but I chose to take it on because I was seeing too many instances of women-women sabotage and I couldn’t help but think what a monumental waste of energy in light of all of the important work we have to do in the workplace.  Since I believe so strongly that another woman’s success does not diminish our own, that there is plenty of room at the top for all of us and If we build on the successes of others, we all get lifted up, I thought, why not talk about it?

What’s the nature of communications that would transform workplaces?

I would offer the following advice:

If you could improve one thing about leadership in today’s workplace what would it be and why?

I think it would have to be two things: first, they must align their values with their leadership style. I see a big disconnect between what many CEOs say and what they do, creating enormous distrust and anger among their employees. The second would be much more frequent and honest communication with employees. Many executives hunker down in their corner offices. They would be better served, as would the corporation, if they spent more time among their constituents (the employees, not the shareholders).

You are about excellence in leadership and communication. How would you describe ‘’excellence’’ and how do you keep up your own excellence?

I often come back to the idea that excellence starts first with self-scrutiny – knowing your strengths and weaknesses. Once you know those, spend 70% reinforcing the strengths, 20% on growing additional capabilities, and 5% on addressing weaknesses. Make sure to establish, communicate and commit to a clear vision and goals; at the same time be able to recognize and change when it’s not working. And of course, at the end of each day, it is imperative that leaders hold themselves and others accountable to the values and the goals set forth. For myself, I regularly seek feedback (very direct and specific) from my clients and my staff. I have a checklist of values and metrics that I measure fairly frequently.

If you were to write your 3rd book now, what would it be about and why?

I considered a ‘’Brag 3.0’’ to help people navigate social media but things change so quickly in that area that I decided to address this area in traditional and digital media.

One thought on “Interview with Peggy Klaus: Leadership & Communication Coach, Trainer and Mentor”