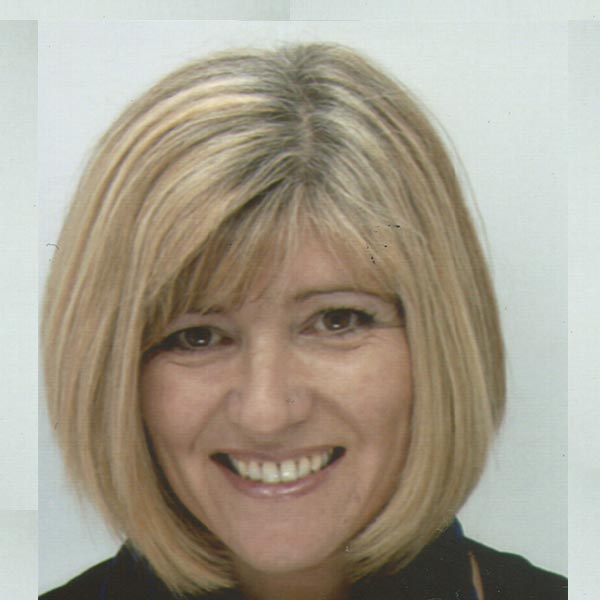 “When you have confidence in yourself and your beliefs, other people accept you for who you are. Focus on what you want, not what you don’t.”

Emma Triplett is a psychologist, hypnotherapist, a solutions focused executive coach and trainer on how to free yourself from convention and be the best you can be. She provides coaching and training to individuals on how to live life on their own terms. After working in corporate organizations for the first half of her career, she retrained in solution-focused therapy, psychology and hypnotherapy. She founded and now runs her own business, Team Living your Dream.

Your life mission now is helping people who are ‘’stuck, lost, dissatisfied with their lot, don’t belong in their jobs etc and don’t know how to get it back’’. Why does that give you joy and fulfillment?

I think it’s because it’s a feeling I’ve had most of my life and I understand how frustrating it is to feel ‘different’ or to feel that I’m missing something everyone else gets.  Not being able to understand why I can’t settle into the 9-5 that everyone else seems to be able to do. Then when I eventually discovered a new path, I realized there were thousands of people like me wondering why they can’t do what everyone else seems to.  It’s not everyone else has got it right; there are many people who are just trying to do the wrong thing and not succeeding. It gives me joy and fulflment when I get emails from other people who have had the same transformation as me and discovered a whole different world where they ‘fit’ for the first time.  It’s generally the mentality of an entrepreneur, they can’t follow the path set by others, they need to make new paths for themselves and sometimes people need to hear that its OK to do that and you can be a success doing it.

You’ve shown it can be done and congratulations on your success since leaving a corporate job only 5 years ago. What gave you confidence and what was the routine if any you used to prepare to exit?

I didn’t do any preparation really and routines are not me – ask any entrepreneur, we hate routine. It wasn’t that I needed confidence to leave, it just needed to see a different path, once I did, I leaped, not prepared and planned. I think that is part of the secret, you have to believe in yourself and leap, if you think too much about it you will talk yourself out of it.

Your mention how false beliefs kept you stuck and how easy it was to make changes once you made up your mind to do. As someone who studied neuropsychology why would you say false beliefs have such a hold on people and what’s the best way to overcome it?

Everyone develops their own world of belief as they grow up; they learn how to think and what to believe by the people around them.  If you believe something is true, then it is and it often takes something big to change some beliefs.  It wasn’t so many years ago when everyone believed the world was flat. But people don’t know that they can just change what they believe and I think, for me, it was studying neuropsychology that helped me understand this and going through the training as a hypnotherapist changed me in many ways and opened my mind to new possibilities.  It is the same for anyone, once they decide to do something in a positive frame of mind, they can make just about anything happen. The key is to believe you will.

In your experience and work what have you discovered is the reason why people don’t achieve the income levels they want?

Belief and expectations, that is all.  They grow up with expectations of what they should or could earn and this holds them back.  If they believe they will never earn $10k per month, then they won’t.

How does one tell if they are depressing or living beneath their potential and what do you suggest they do to?

Pretty much everyone is living below their potential, the key is, are they happy? Happiness is important, if someone is happy with where they are in life, then that is OK for them.  Happiness doesn’t come from money, it comes from within and it is priority in life, not money.  However, if someone is dissatisfied with their financial status then first and foremost they have to decide, without any ambiguity that they are going to change it and believe that they can and they will.  First they have to change their mindset and kick out the voice in the background putting obstacles of why they can’t in the way.0

What are some of the values and principles that have helped you in your own transition to doing what you love which could serve as a good guide for anyone wanting to make any life changing decisions to get out of a box?

I think there are several key values and principles which I live by:-

Women tend to over-think things and don’t tend to take the decisions that bring them what they want. What are some of the things that people especially women don’t consciously realize that get’s in the way of creating a better life?

I don’t agree that it’s necessarily women that other think things, I think anyone who has a negative mindset does that, they negatively forecast the future and imagine all the scenarios which could go wrong and talk themselves out of it.  I think the only thing that women do more than men is put everyone else first and their own needs as the lowest priority.

You concur with Albert Einstein that ‘’everyone is a genius’’- how so? How does one uncover their genius and what would you say is your genius?

I think everyone has a gift and that is their genius.  I don’t think you necessarily have to shout about it, but recognize that everyone has something to contribute in their own special way.  I would say my gift is for inspiring people to be their best and believe in themselves.

You urge people to free themselves from convention. What does that mean and what tips would you offer especially young people starting out how to overcome the pull to live according to the expectations of others?

Living an unconventional life isn’t for everyone. When someone comes across my website (teamlivingyourdream.com) some people will move on immediately, but it will speak to others, those who are looking for something else in their life.  You need all sorts of people in the world to make it go round, some people are best suited to following in the footsteps of others, some, as I mentioned before, the entrepreneurs of the world, are not.  They are the ones who will be able to relate to my website and understand fully what I mean and that unconventional life will appeal to them.

You overcome the pull of others by being positive and determined.  When you have confidence in yourself and your beliefs, other people accept you for who you are.  Some people, who think they have your best interests are heart will advise you from their own perspective and what is best for them, but those who truly understand you will support you as long as you are doing something that works towards you future.  Having an unconventional life isn’t about sitting around on your backside doing nothing, people who care about you will try and intervene and quite rightly so.  But if you are out there and following your passion with dedication and commitment, other people will recognize you are happy and give you support.

With all the personal changes you’ve made so far, how would you say you have grown and in what ways do you wish to continue to evolve?

I think one of the ways I have grown the most is in acceptance.  I am much more accepting of other people and how they wish to live their life than I used to be.  You cannot help someone who doesn’t want help and you can’t do it for them, however much you want to help. They have to make that decision and take action for themselves. Having the courage to ‘‘go it alone’’ and not fall back on a ‘‘safe’’ path when the going gets tough, learning that there will always be tough times and challenges, but those challenges are just the process of learning the next step and the rewards come from that challenge.

Before, I would have walked away and started something new when things weren’t going the way I wanted them to.  Now work out how to get through it to the other side and that takes guts and determination and I now appreciate this in others. I guess that’s how I wish to continue to evolve.  I remind myself frequently when it’s tough and nothing seems to have happened for a few days or a week that there is no failure, there is only giving up. I’m learning how to learn all over again and I hope to continue discovering new things about myself and about life. Life is exciting, it’s a journey and a learning process and I’m on board with that and love every minute of it.