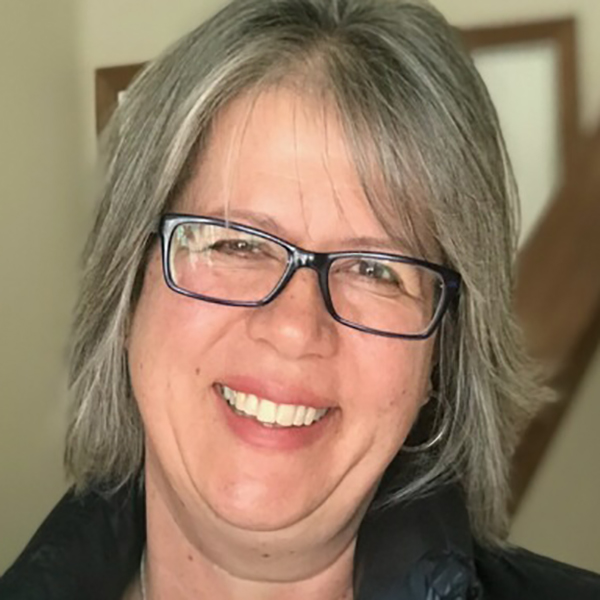 Karen Grosz grew up in the shadow of Mount Rushmore, then moved to Alaska for 25 years.  She currently resides in Billings, Montana.  These experiences have given her a can do, will do, frontier spirit. She uses her energy to build dynamic teams using the process she designed for her company, Canvas Creek Teambuilding. More about Karen and her work at www.canvascreekteambuilding.com

Congratulations on “What’s next?”- a book billed as ‘’An honest friend encouraging you to move forward’’ Why did you decide to tackle the notion of ‘what’s next’?

Many of my friends and acquaintances come to me seeking advice on how they can live a happy life, start a business, or somehow achieve their next goal.  I wrote this to answer those questions for a wider audience than the people I could go to coffee with.

First, start making changes. If you always sit in the same chair, drive the same route, and eat the same lunch, nothing in your life is going to change. It is the small daily changes that lead to huge outcomes. Secondly, become crystal clear on what you want and why. In “What’s Next?” I walk them through several exercises that help them to understand and commit to their goal.   Third, talk to your people. The ones who will support you, derail you, and inspire you.  When making a big change, or tackling a big next, knowing who is on your team is invaluable!

In your experience what is it that stops people from actively exploring new horizons, enlarging their coast?

Two things.  Fear.   And fear.  Fear of change, fear of failing, fear of succeeding.   This is why it helps to make many small changes, to gear up for the big ones. Fear is your opportunity to win- you must seize that!

Where circumstances force one to face what’s next (such as losing their job) what’s your advice on how what’s next can become a positive opportunity rather than one of ‘desperation’?

I think when you ask yourself “What’s Next?”  it can be comforting.  Maybe nothing has to change. The grass is always greener where it is watered, I talk about that in the book. Conversely, maybe you do have to adapt to a new lifestyle, find a new job, and it was thrust upon you instead of chosen.  In those moments it is best to self reflect on who you really want to be, what you really want to do, and go towards that. Taking the power back in a situation you did not choose is liberating.  You can be your own hero.

What’s next is obviously a personal journey and you’re quite big on growth. How can one ensure that the process is as much about what one does next as much as it is about what they become whilst doing so?

Great question!  It is my journey, and we each walk different paths.  What readers tell me is that reading “What’s Next?”  has given them a sense of calm, the idea that a friend has done what they are doing, wants them to succeed.  Success comes from action and the action you take today will build the success for tomorrow. So, while on the journey it is important to acknowledge little changes, moments of overcoming fear, and honor yourself for achieving them.  The saying Rome was not built in a day is very true. But each day of construction built it into something bigger and better. The same is true for you.

Your own ‘what’s next’ trajectory seems to have worked well in terms of what you did when you were faced with the big choices. When a ‘What’s next’ choice doesn’t quite work out, what the recourse?

I love this question!   Pivot!   A big story in the book is my decision to leave a nice career path for the job of my dreams. It was the wrong dream apparently and I could not thrive doing it. I re-evaluated, after hitting my knees in a moment of desperation, and opened my heart to possibility.  When my path was clear, creating Canvas Creek Team Building, I dove into it full throttle. I think the best goal getters are the ones that know the goal may change.  Life might throw a curve or you might chase the wrong dream.  It’s okay to stop, to pivot, and to go towards your new right thing.  If you feel you can’t possibly explain yet another new right thing, watch the Ted Talk Multipotentialite by Emily Wapnick.  You’ll have a name for your pivots and feel much better!

You took on some big ‘nexts’ in your career and as you indicate, it  looked like you had bitten more than you could chew- but then went on to make a success of things. What did you draw on to achieve that that others could learn from?

Usually that I had to; sometimes that I would die of embarrassment if I didn’t.  That I am a ‘figure it out’ sort of person and I know that if one way isn’t working I could change the way I was doing it and succeed.  It’s funny, answering this I realize I learned that from sewing.  For years I had a room full of fabric and machines and would crank out all sorts of clothing and quilts. Too cheap to throw anything away, and too stubborn to rip out seams, I would twist and wiggle things until they worked.  That’s my whole life right there.  Twist and wiggle until it works.  Move on to the next thing.   (Multipotentialite, remember?)

What’s next for you and how will you know it’s the right one?

Wow, you are good!   From the moment I conceived of Canvas Creek Team Building, people have said “You know this could be big, right?”   It’s time to go big, to figure out how to make it into a movement. In doing so, maybe I’ll have the words for another book.

For more information on Vera Ng’oma’s work and resources in leadership, personal and career development and excellence building visit www.verangoma.com and www.excellicaleadershipgroup.com