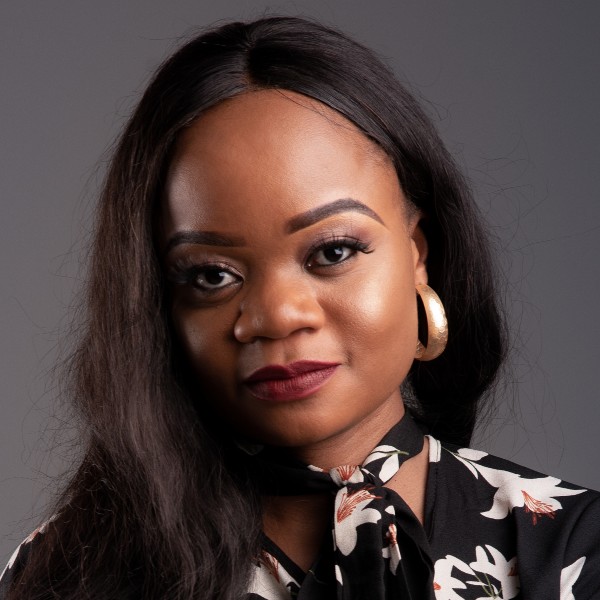 Col Mwizukanji is a Legal practitioner skilled in international, criminal, labour and family law. She is Director of Legal Services in the Zambian Military, a Gender activist and Public speaker. As Founder and Executive Director of the PUSH Women’s Network, Col Mwizukanji leads the push with her team to advocate for more women into leadership, positions of power and influence through education, mentorship and capacity building including a flagship Awards initiative that celebrates and showcases women who are breaking barriers and disrupting gender norms, sharing shining examples of what women can achieve with opportunity.

You’re the first female to head Army Legal Services and the youngest woman to ever be promoted to Full Colonel in the history of the Zambia Defence Force- congratulations! Give me a sense of the journey of a young woman achieving such a feat in one of the most male dominated careers out there?

I did not set out to break any barriers. For me a military career has been premised on the fact that I am serving my country. Wherever I go, I am keenly aware that I am an ambassador for my country and this fills me with a great sense of pride. The fact that I have arrived at a few career firsts in this very macho system is definitely a big morale boost but it is not what defines me. I am focused on delivering on my core objectives as a military legal advisor and I am determined to do it in a way that demonstrates that hard work knows no gender.

You practiced law before deciding to join the military- where you still work in law. What instigated the decision to go practice law from within the Army?

I never imagined a career in the Army until the opportunity presented itself to me after four years of working under State Chambers in the Ministry of Justice. I was attracted to the challenge that a military career posed to me and I was curious as to what it entailed to be a lawyer in the Army, so I wanted to learn. The novelty of it all drew me in, and as I have grown and matured in my career, the culture, discipline and ethics of the military have resonated with the type of person that I am.

The Army is crucial for any country’s safety, security and sovereignty but seems arguably like a sub-society within a nation and a bit of an enigma. Demystify the Army for us.

It’s not possible to demystify the Army, we are a mystery. It cannot be like any other institution by virtue of the fact that it is established to ensure the sovereignty and territorial integrity of the country; a function that it must perform through the use of military might and power. Our soldiers are trained to kill, their core function is the business of war. With that great charge comes the greater responsibility to adhere to good order and military discipline. I don’t think I agree that we ought to be labelled as an enigma just because of the negative undertones that the word provokes.

My view is that it is vital to have clear appreciation of the unique role that the military plays in any society. Mind you, its role is akin to no other institution within society, such that the men and women who serve in it must adhere to a higher standard of order and discipline. They cannot just be ordinary citizens; that is why they make themselves amenable to rigorous military training intended to forge in their minds the great responsibility that they shoulder. What I can say with certainty is that the role of the military in society is constantly evolving and the constant interface between the military and civilians agitates for a greater understanding and appreciation by the general citizenry of the role the military plays in ensuring national peace and security.

Obviously not every member of the military goes to the battlefield. What are some of the battles you’ve had to fight as a young woman in uniform?

Unlike our male counterparts who are assumed competent unless proven otherwise, the opposite tends to be true for women. This applies in any environment where decisions have to be made, not just the military. One of the challenges encountered by female personnel is to demonstrate their competence by showing that they are defined by a lot more than just their gender, that we are actually equal to the task and can perform just as well and at times even better than the men. As I have risen in the ranks, that particular aspect has begun to diminish because certain situations enable you to learn about who you are as a person, who you are as a leader. As a result, it becomes more natural to be assertive and forward thinking as you mature and gain experience.

Let me quote something you wrote that I read: ‘The harder the battle, the tougher the soldier, the sweeter the victory“. What is a hard battle and what would you say to women about fighting battles in ways that will help them overcome?

Fight smart. Not every battle is worth the blood, sweat and tears so pick your battles wisely. And often the fight does not involve your fists. The surest way to outwit your opponent is to employ your skills and intellect. Once you establish a competent reputation for yourself through your track record, everything else becomes irrelevant because your reputation will precede you. Challenges will be there, but if you are looking for the easy route then a career in the Army is not for you. In that quote all I meant is that everything that you work hard to obtain means more and has longevity. Easy come easy go as they say.

Some say women lead differently and certainly in your day job, with most of your colleagues & peers being men, what do you see as the most distinguishing features of how women lead  and how do you, personally navigate the ‘command and control’ leadership approach in the army?

Leadership is leadership in my view, it is not male and neither is it female. The problem is that society has conditioned us to think that only men can lead, or that men make the best leaders. In my view it’s simply that there are good leaders and there are bad leaders whether male or female. The only bottleneck is that the bulk of the opportunities to lead have been given to men so we have very few examples of women to use as a litmus test. However, the traits of a good leader are the same irrespective of the gender of the one at the helm. So we need to stop categorizing leadership in terms of gender because it is gender neutral. The conversation should focus more on the fact that as equal stake-holders women need to be given more opportunities to participate. Personally I love innovative ideas, I am inspired by critical thinkers and I am keenly aware that I cannot get to where I want to go without being surrounded by a great team.

The PUSH Awards which you initiated showcase women who defy the odds. What are some of the critical barriers your Award winners have dismantled for other women and what values enabled them do that?

The inspiration behind the awards is to bring up positive female role models in order to inspire the next generation of change makers. We recognize 19 award categories ranging from Aviation, Engineering to Law, Banking and Finance, ICT as well as Business and Entrepreneurship. The conversation is not really about pioneering women but about women who are doing the unconventional in an excellent way. However, the topic often quickly turns to pioneering women or women who are breaking barriers because we are in an era where women are daring to venture into fields that were previously the exclusive premise of the male folk. The obvious offshoot of this is that we now have a lot of female firsts, and in as much as that is a good thing, it also speaks to how far we need to go to attain equality. The PUSH Women Awards are therefore a platform that enables us to discuss more vividly the inadequate participation of women at the highest levels of decision making and the urgent need for policy makers to influence the necessary changes.

You stress the need for women to connect, attend events and to be active during those events. As founder of the PUSH Network, what are some of the practical things women can do to get the most out of these events, especially now that most of these are online?

Your network is your net worth as they say. I cannot underscore the importance of women networking and finding opportunities for growth within their circles. I think first and foremost it is important for attendees to be assertive in their approach.  Recognize the people that you think can add value to your network, exchange contact information and learn as much as you can from them. Done right, networking lets women identify role models, find mentors and sponsors and expand their business opportunities. So my word of encouragement to women is to make themselves available and attend these events. The PUSH Women Network has set its niche on allowing these types of connections to happen within our space.

Let’s end on a sweet note…. You are a singer and obviously use your voice to sing. If your leadership voice were a brand, how would you describe it?

You’ve asked a question that I have never even imagined being asked before. Let me think…I think my leadership voice is sound and steady. I would describe it as firm but fair.

For more information on Vera Ng’oma’s work and resources in leadership, personal and career development please go to http://j.mp/verabooks and www.excellicaleadership.com