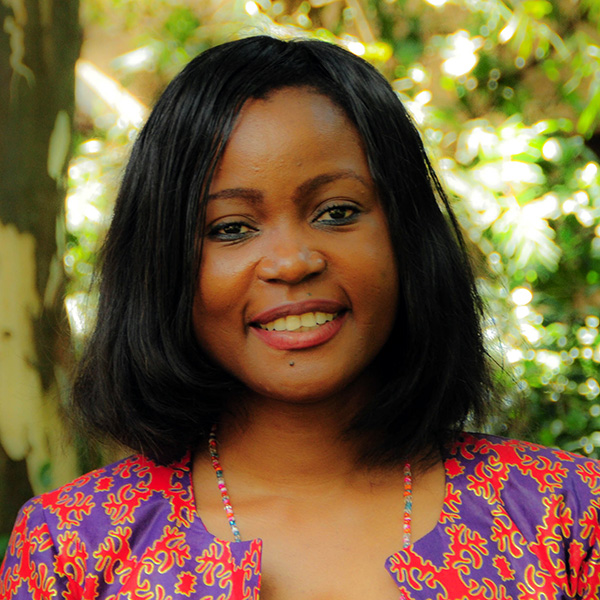 “Don’t be deterred by people who want to make you feel unworthy or bring you down. Hang in there even if you meet challenges’’

Pilirani Semu- Banda is an award winning journalist and communication specialist with UNFPA. She is a journalism trainer and Malawi Country Director for VoiceFlame Writers International, an outfit that offers writing workshops and training to empower women to write and speak with confidence. Some of journalism awards Pilirani has received include “BlogHer International Activist Award’’ – BlogHer (USA), “Every Human Has Rights Media Awards ‘’– Internews supported by The Elders and the “Africa Education Journalism Award’’ – ADEA/UNESCO/The Times (London)

As an award-winning journalist what’s been most fulfilling for you in this vocation?

Journalism is a great calling because you are an agenda-setter and a watchdog. You speak for the masses and inform them as well. A good journalist is the one who tries as much as possible to be objective and neutral; no matter what pressures there are. Sometimes it is difficult to remain neutral and at other times you find the ‘’powerful’’ people trying to influence you in your journalism undertakings. You also find yourself being threatened. I went through all these challenges but I am happy to say that I still came out as a good journalist. I have received awards for my work which are a bonus; serving people was more important. It makes me smile to hear some upcoming journalists, especially female journalists, calling me a role model.

Journalism is still very much a male domain; what are the challenges and what does it take to be as successful as you’ve been?

Journalism is one of those careers that is still perceived as a man’s domain. Print media is even more challenging for females compared to television or radio. I worked more in print media and I remember being one of only two female journalists in the newsroom at one point. It is very challenging; you get labeled all sorts of names and are accused of sleeping with news sources. It is difficult to do particular stories because you cannot access some places as a woman. Women also find it more difficult to get promoted to editorial and managerial positions in the newsrooms since men are still preferred for such positions. I know a number of very capable women who should be holding high positions in newsrooms but the system is still back-wards and fails to give the opportunity.

Two of your awards are ‘’Blogher International Activist Award and the ‘’Steve Biko Scholarship’’. How have you optimized doors that I imagine these may have opened for you?

The Steve Biko Scholarship opened doors that I never imagined existed. It allowed me to work in newsrooms in South Africa and I met very good journalists who have been very inspiring and connected me to even better news outlets. The Steve Biko scholarship introduced me to international media and to the world of international journalism. The Blogher International Activist Award was also an excellent opportunity that exposed me to international and excellent bloggers. I had the opportunity to share about Malawi and its media with an international audience in Chicago, USA. These awards pushed me forward and brought a sense of confidence in me both as a person and as a journalist.

You have several powerful media outlets that you share your writings through giving you opportunity to influence globally. With that leverage how do you decide what to write about?

I no longer write for media outlets now since I am a Communications Specialist for UNFPA. However, writing for the international media was great. I thought of myself as the voice for the many voiceless of Malawi and Africa as a whole. I thought I had the responsibility to bring out issues that affect the vulnerable and underserved women and children. I felt fulfilled to write about the economy and about the day-to-day issues affecting people and bringing them out at the global level.

A story I wrote on how children were being exploited by big tobacco industries, which was published on an international platform, received an award presented by Internews Europe, in France and presenting the award to me and other winners were The Elders, who included former US president Jimmy Carter, former Irish President Mary Robinson, and former UN Secretary General Kofi Annan. I wrote this particular story just thinking about the exploited children and the desire to assist in changing their lives. The thought of bringing a difference to people’s lives, by writing about the challenges they go through, is what pushed me to write.

As communications specialist with UNFPA Somalia, you lead campaigns. If you could choose one campaign that would positively shift things for women, what would it be?

The campaign to end Female Genital Mutilation (FGM) comes to the fore when I think of Somali women. I know so many women who have been through this and the consequences on their lives have really been bad. FGM can have severe adverse effects on the physical, mental and psychosocial well being of those who undergo the practice. The health consequences of FGM are both immediate and life-long. FGM prevalence in Somalia is about 98 percent and is primarily performed on girls aged between 4 and 11 years.

The importance of Reproductive health is grabbing the attention these days because of its power among other things to give women options and a better quality of life. Any advice on what women need to be doing in this area?

Voiceflame initiative which you lead in Malawi empowers women to speak and write with confidence. One of the criticisms leveled against women is their reluctance to put themselves out there. As someone who understands the power of the media, what do you suggest women do to use the media to their advantage?

Voiceflame is s great initiative and it really helps women to speak and write about their lives. Women should take advantage of the media available to them and writers; including journalists should be able to provide women with a platform and voice as part of the development process. I am currently in talks with Voiceflame to bring the initiative to Kenya; where I am based now because women issues are uniform across the globe. I had the opportunity to write with women in the USA a few years ago and we all share the same issues and challenges. We need to work together to make a difference.

As a journalism trainer, besides teaching on how to write an effective story, what else have you learnt in your own journey and experience that you pass on?

There is learning in teaching. You learn so much by interacting with others. No individual is above others. I have met up-coming young journalists who had greater ideas than my own. I have learnt that team work is the best for one to improve and excel and I have learnt never to look down at other people’s ideas. My best learning process was training writers of the Big Issue magazine because most of the writers were volunteers and I learnt the importance of real passion. As I mentioned earlier, I strongly think that journalism is more of a calling than a career.

If a young woman wanted advice on how to develop into a leader, what would you say?

I would say go for it. I would say the sky is the limit but you must really work hard towards your goal. I would say don’t be deterred by people that may discourage you and make you feel unworthy and those that may want to bring you down. I would say pursue as many educational opportunities as possible and go for what may be seen as difficult goals. I would also say that one does not need to follow the crowd to be successful; go for different goals and hang in there even if you meet challenges.

What inspires you to do your best always?

The need to make a difference in people’s lives and succeed. I do not want to work on something that would be a failure. I also have a great mentor; it is my 10-year old daughter and she pushes me towards being a role model. I also have a pool of great friends who are my great constructive critics who are always supportive and push me to do even better.