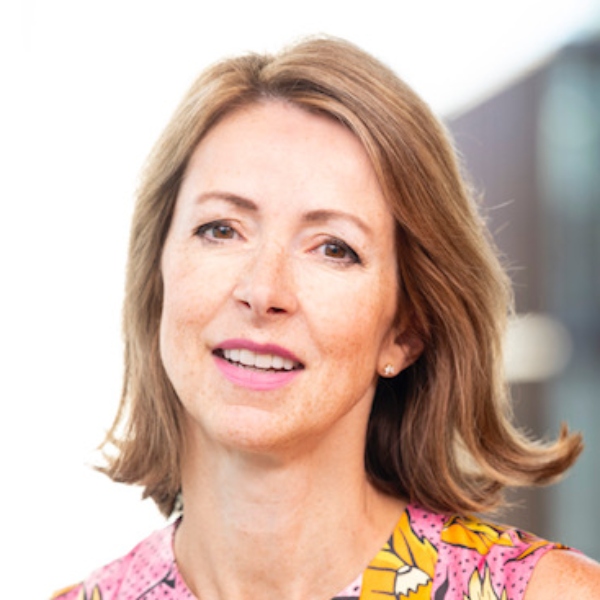 Dame Helena Morrissey’s influence has spread beyond the financial industry where she has worked for more than three decades. During her 15 year tenure as CEO of Newton Investment Management she achieved strong commercial results while founding and leading the 30% Club, a cross-business initiative aimed at better gender balanced boards. Today, female representation on the UK’s broad index of 350 companies has surpassed the 30% goal, and there are 30% Clubs in 14 countries.  Listed by Fortune magazine as one of the world’s 50 greatest leaders, Helena’s first book “A Good Time to be a Girl, don’t lean in, change the system” was listed by Forbes as one of the five most empowering books for women in 2018. She is the mother of 9 children aged from 10 to 27.

You’re one of the UK’s most successful executives and once named one of the world’s 50 greatest leaders by Fortune magazine. They obviously had criteria for arriving at this but when you reflect on it, what do you believe you are sharing with the world regarding leadership?

Leadership in my view is all about having the courage to challenge things that aren’t right and the ability to bring others with you. Fortune magazine was recognizing the work of the 30% Club, which I founded in 2010 with the aim of encouraging businesses to have better gender balanced boards. It’s not involved legislation or telling people what to do. It’s been about men and women working together to move things forward. At the end of September this year, we finally reached the milestone of 30% female directors across the FTSE350, up from less than 10% when we started in 2010 and following many years of glacial progress. It’s been exciting seeing how the trajectory can be changed when people get together and move in the same direction.

You’ve driven change in business, setting up the 30% club with the impressive strides. Many influential men have been your advocates on this. What got such high powered men on board with an issue that one would assume they would have known beforehand would be beneficial for their organizations?

I think this issue was seen as a women’s issue rather than a business issue. The financial crisis changed all that – although not overnight. It became really obvious that having one type of person (not just all men, often part of each other’s social circles, educated similarly etc) couldn’t possibly be the optimal team; there simply was no incentive to challenge each other. By offering a solution to a known problem, the 30% Club was able to get buy-in. I was never militant or critical, in a way it was very much about bringing a feminine approach to the issue – building consensus, listening, being empathetic. I think there’s a greater need than ever for those types of leadership skills in today’s world – which is a great opportunity for women.

30% I understand is where critical mass is reached, where the voice of the minority gets heard. Many societies are now splintered in so many ways with some minority voices getting very loud and political correctness driving other voices to be quiet. From your experience, what would yield real balance and the mutual respect/appreciation necessary for an enriching society?

I obviously don’t have all the answers here. I think we need to move away from identity politics and think much more about each other as human beings with lots of differences but many similarities too. The next phase of ‘diversity’ initiatives needs to focus more on equal lives, men able to do more at home (and not be judged as less of a man) and women able to fulfil their career potential. I am keen to move our attention away from any sense that diversity is about political correctness and more towards the idea that diverse thinking means welcoming the contribution of people who might disagree with us.

You became CEO the first time when you were not expecting it, served 15 years and voluntarily left, still believing there was another big job in you. How did you figure out what would be ‘big’ enough for your next season considering the substantial scope of what you were leaving behind?

I was excited by the idea of really shaking up the way that the investment industry engages with people, especially women, so that more women take control of their financial futures. I am now leaving L&G (Legal & General Investment Management), having sown the seeds of that and hired a great team, and back looking for how to make a big contribution to the world.

The number of women at CEO level is still dismal, but you’ve said you see the world becoming a more feminine place. What can workplaces do to enable more women thrive and make it to the top and not just pay lip service to gender and diversity?

I think we still have a massive culture problem in many companies. There’s been a very incremental approach to encouraging diverse thinking and new ways of working; we need a wholesale set of changes. That’s coming as the next generation of young men and women expect working life that fits in with a digital age. Companies need to start assessing people on results, not hours worked and really encourage people to believe in what they are doing and be happy with the life they are leading. I think that’s perfectly possible and those companies who don’t get it will risk failure. Search firms have recently shared with me stories of how mid-ranking female executives got broader experience serving on another company’s board as a non-exec, positioning them for the next big leap in their executive career. That’s been great to hear!

In your book- “A good time to be a girl” one piece of advice you give is ‘Leap before you look’. What other bold advice would you offer that may seem counterintuitive but you’ve seen work?

I tell people to fake it till they make it which some find counterintuitive. I’m not telling people to lie, but I am saying to act as confidently as you can (and work out your own techniques to do that). People have confidence in confident people. I’ve seen Prime Ministers, disruptors, CEOs, inventors, wildly successful musicians and fashion designers all up close before going on stage – and can faithfully report that they all have ways to prepare themselves for that big moment.

You’re a big boss, but as they say every boss has a boss. How do you like to be led and why?

I like to be led by people who really believe in what they are doing, who are expansive and happy to experiment, who enjoy their job, who are optimistic. I suspect it’s obvious why!

I know you don’t think you’re super-human (although juggling huge roles and a big family) and that you do have your moments of doubt. What do you do in those moments?

My husband is a great support and I have other allies or mentors too who I know I can talk to. The key is not to try to do everything by yourself, to take on all the world’s problems or feel you have to come up with all the answers. And if all else fails I just take some time to regain my composure, to achieve mental space so I can think. That may involve taking our dog for a walk, simply getting some fresh air or talking to my children about something unrelated to the problem!

You seem to live life on your own terms and gender has not held you back. As a hugely respected leader and a very visible role model, what would you like young people to consider as they make choices in life and come into their own?

Please be authentic, to celebrate not hide your differences. For a start you’re much more likely to be good at whatever it is you are doing if you’re being true to yourself, but also because everything is being shaken up right now and what you can offer is quite distinct to you. I feel sad when someone who is a bit different then tries to act just the same as everyone else. If it’s difficult in your current situation, find those allies and mentors, especially people who might be more powerful than you, who will champion you. I’m often asked how to get a mentor – the simplest way is to ask. Most people are very flattered to be asked and will do their best to respond positively.

Your husband took on the role of stay at home dad but I would imagine did not try to play ‘mother’. What are you most proud of co-parenting your 9 children this way?

We certainly didn’t try to swap roles, we each played to our strengths and let the other one fill the gaps. That felt rather obvious, but I have seen parents agonize so much about what they ‘should’ each be doing rather than what they actually can do. With hindsight, not feeling too restricted by social norms was important to our family’s happiness. Richard and I share very similar values and have been consistent for our children (on most issues!) but we have let each other offer what they can.

For more information on Vera Ng’oma’s work and resources in leadership, personal and career development please go to http://j.mp/verabooks